Through the millennia, marijuana has been used for its medicinal properties by cultures around the world. In the United States today, more and more individuals are turning to medical marijuana as part of their overall plan tohealing the body naturally.

Marijuana for medical use is not legal in all states and on a federal level, it is illegal to use and carry marijuana for any reason. As more states jump on the legalization bandwagon, however, questions are surfacing as to how marijuana heals the body, especially when it comes to dis-eases like Breast Cancer.

“We now know that the Endocannabiniod System regulates a lot of biological functions such as appetite, food intake, motor function, reproduction and many others and that is why the plant has such a wide therapeutic potential,” says Dr. Christine Sanchez, a molecular biologist at Compultense University in Madrid, Spain. Sanchez and her team have been studying cancer and cannabinoids for over a decade.

CBD is a Powerful Antioxidant

CBD stands for Cannabidiol and, unlike THC, CBD does not have a psychoactive effect on the brain. It is, however, considered to be a powerful anti-cancer agent. More specifically, research is discovering that CBD may affect the genes involved in the spread of cancer.

“We found this one compound had a specific effect on metastatic cancer cells, very aggressive tumor cells,” says Sean McAllister and Pierre Desprez of the San Francisco-based California Pacific Medical Center. “We find when you treat with [Cannabidiol], you down regulate the expression of this protein, and that inhibits the disease process.”

In another study conducted in Japan, CBD stopped the spread of aggressive Breast Cancer. CBD has also exhibited protective action against lung cancer, thyroid cancer, cervical cancer and liver disease and is said to protect the brain from stress and damage as well.

But CBD is not the only compound in the marijuana plant that works on cancer. THC, the psychoactive component of the plant, is thought to kill existing cancer cells as well.

“We observed that when we treated [astrocytoma, a type of brain tumor] cells with cannabinoids, the THC…was killing the cells in our Petrie dishes,” Dr. Sanchez says.  “We…decided to analyze these components in animal models of breast and brain tumors. The results we are obtaining are telling us that cannabinoids may be useful for the treatment of Breast Cancer.”

Sanchez and others have found that the most potent effects occurs when THC and CBD are combined to kill cancer in the cleanest way possible.

“Cells can die in different ways and after cannabinoid treatment, (cancer cells) were dying in the clean way,” Dr. Sanchez says.  “They were committing suicide which is something that you really want…”

“One of the advantages of cannabinoid -based medicines would be that they target specifically tumor cells,” continues Dr. Sanchez. “They don’t have any toxic effect on normal non-tumoral cells. This is an advantage with respect to standard chemotherapy, that targets basically everything.”

If You Use Medical Marijuana, Use It the Right Way 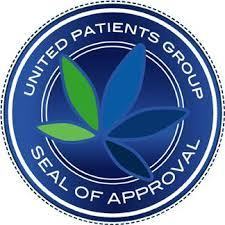 John Malanca, founder of United Patients Group, a well-respected online medical cannabis information hub, is passionate about getting information out to patients about the right ways to use marijuana. He cautions people to educate themselves about the importance of using both THC and CBD together as a possible modality for cancer and for conditions like seizures. He is also very passionate about educating people about the difference between strains of marijuana and their relation to improved health.

Dr. Matik Burnett, a former surgeon and patient advocate, and Dr. Amanda Reimann, a professor at the University of California at Berkeley, outline the difference between the indica, sativa and ruderalis cannabis strains.

“While all three produce cannabinoids such as THC and CBD, cannabis ruderalis (also known as hemp) does not contain them in a high enough concentration to have a therapeutic effect,” the doctors wrote in a recent article for the Drug Policy Alliance.

Hemp is currently illegal to grow in the U.S., but it is legal to import into the country and can be shipped from state to state. Because of this, some companies are growing hemp overseas, in very large quantities,  in order to try to extract enough of the CBD out of the plants to call their oils “CBD products.”

Unfortunately, the process of extracting CBD from large quantities of hemp also requires the use of large amounts of harsh chemicals, some of which inevitably remain in the products. There are currently no testing requirements to confirm the level of CBD in a product or if unsafe amounts of chemicals remain in the products after production. Organizations like Malanca’s United Patients Group, however, administer seals of approval and up-to-date information to help patients know their options.

“It drives me nuts when I hear of those (companies) that are taking advantage of those that are sick, desperate and ill,” says Malanca, who started United Patients Group when his father-in-law rebounded from  Stage 4 Lung Cancer with METS to the brain after a THC/CBD regimen in 2012. “[His] treatment was $450 for two months and there are people in this industry who are selling cannabis oil for $8,000 cash up front for three months. That is just wrong to me.”

Stories abound about cancer patients who have turned around their situation with cannabinoid therapy, as there have been stories of individuals who may have recovered after utilizing other natural means. Listen to your own body and know the facts to choose a path that works for you. If that path includes cannabis, the good news is that there is a growing network of resources and research out there that can bring you clarity, clear the myths and help you along the way.

To the Person Who Thinks My Fibromyalgia Isn’t Real

How CBD and THC in Marijuana Work Together to Stop Cancer

To the Person Who Thinks My Fibromyalgia Isn’t Real

Woman Who Took Cannabis Oil to Battle Terminal Cancer is Given...

How CBD and THC in Marijuana Work Together to Stop Cancer