Suicides are never easy to accept. Especially if they involve a loved one. Even more so if they could have been prevented.

Lacy Stewart says her mother never would have killed herself if she’d been given proper medical care for her chronic fibromyalgia pain.

“I feel angry about the way she was treated,” says Stewart, a registered nurse who believes the healthcare system not only failed to treat her mother, but drove Marsha Reid to suicide at age 59.

“Her life was taken from her is the way I feel,” says Stewart. “I know it was. A person can only handle so much pain for so long. It takes its toll on every area — your mind, your body, everything. And she just couldn’t do it anymore. She’d had enough. Because nobody would help her. Nobody.”

Stewart says her mother was fit and physically active – handling all the chores at her 10-acre farm in north Texas — until she slipped on ice and landed hard on her face in 2009. Reid broke a few teeth and sustained nerve damage in the fall — injuries that evolved into the classic symptoms of fibromyalgia: chronic widespread pain, anxiety, fatigue, insomnia and depression.

“Of course she sought out help. Searching for doctors that would take her on, she encountered road block after road block. Many doctor’s offices would just flat out say, ‘We don’t take fibromyalgia patients,’” recalls Stewart.

“So you take that and couple it with the fact that pain medication is often required for these patients and now the CDC has regulations that deter a physician from wanting to prescribe pain medication at all and you end up here. Zero help for a woman suffering day in and day out for all these years. She lost her job, her home, her independence.”

In January, Reid checked into a hotel room and tried to kill herself by taking a full bottle of Xanax. The failed suicide attempt left Reid even more depressed and her health deteriorated further. She started having hallucinations, hearing voices and seeing dead people.

In July, Stewart drove her mother for five hours to see a pain management doctor.

“I was appalled at the treatment from the physician. We explained the pain and the issues with her mind, and he said he could only treat one or the other. Not both! Not the whole patient! When I brought up pain medication you would have thought I had asked him for heroin,” says Stewart.

“I’ll never forget the conversation I had with him in the hall on the way out. I looked him in the eye and said the pain is so severe she will kill herself! It’s only a matter of time. He basically said his hands were tied because of the regulations and what I was asking was for him to lose his license! I was furious and felt betrayed by the field I loved, medicine.”

One treatment was suggested for her mother.

In recent months, Pain News Network has been contacted by dozens of pain patients who say they are contemplating suicide. It’s not just the difficulty in getting opioid pain medication. The growing crisis in pain care has reached a point where many patients are unable even to get a doctor’s appointment.

“I have been on a wait list for pain treatment for a year now. I am suffering needlessly and am questioning my ability to be able to live like this much longer,” said Isabel Etkind, a Connecticut woman who suffers from severe arthritis pain.

“I don’t want to die but I can’t live like this either. I know that many other people are experiencing the same thing, but knowing that does not really help! It is inhumane and cruel to treat people this way. If I were a dog, cat or horse, the animal rights people would be all over it, but torturing humans is OK. As is usually the case, the elderly, the military and the poor are suffering the most.”

Another woman, who suffers from chronic back pain, asked that we not use her name. She works in the emergency room of a hospital in southern California that recently adopted a policy of not prescribing opioids unless all other pain treatments have failed.

“Since November 1, we have seen a huge increase in overdoses from street drugs. Nearly all of these patients are chronic pain sufferers who are now getting their medications off the streets. A 33-year old fibromyalgia patient died from fentanyl overdose this week,” she wrote to PNN. “I understand the desperation these patients feel and try to educate the ER doctors about chronic pain from a layman’s point of view. This new effort to stigmatize and demonize chronic pain sufferers has got to stop!

“We have full time jobs, pay mortgages, raise families. All this, while in levels of pain that normal people couldn’t handle. We hate having to be chained to pill bottles and doctors and pharmacists. What other choice do we have? Curl up and die? I hope the new Trump administration will appoint people to DEA and CDC who will think of us as humans and help us instead of hurting us.” 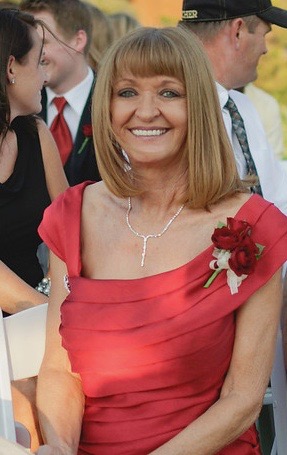 According to the CDC,  suicides increased by 24 percent from 1999 to 2014, and are now the 10th leading cause of death in the United States.

In 2014, nearly 43,000 Americans killed themselves, three times the number of deaths that have been linked to prescription opioid overdoses.

Marsha Reid died of a self-inflicted gunshot wound on November 2, leaving behind a grief stricken daughter who will always wonder if things would have turned out differently if her mother had gotten the pain treatment she needed

“She talked about this a lot, about suicide. That was her plan. She couldn’t deal with this much longer. And that’s what breaks my heart the most is that I was unable to help,” says Lacy Stewart.

“Just mention the heartache she has left behind. Because if another fibromyalgia patient is out there contemplating this and they come across this story, I want it noted that I lost my mom forever and I’m 32 years old. And I’ll never have her back.

Fibromyalgia Will be Cured With The Help of a Device Now.

6 Early Stages of Fibromyalgia. I have Stage # 3 Which One is Yours?

Fibromyalgia Will be Cured With The Help of a Device Now.