Many Canadians will have to deal with Multiple Sclerosis (MS) in their lifetime. According to medical researchers, it appears that this illness becomes more and more common as one moves away from the Equator. MS could be directly related to the amount of Vitamin D that we absorb; the less we get, the more likely we are to contract this inflammatory disease.[1] Others have theorized that a certain “Viking gene” might also be responsible and would explain why northern countries are affected more.[2]

Although the signs of MS have been observed for more than 175 years, it is still quite misunderstood. Some patients do recover, but in most cases the condition is still fatal. How did we first learn of the existence of MS, and how much have we learned in all these years about this disease and its treatment?

MS has always been hard to diagnose for two main reasons: its symptoms are varied and offer no clear sign on the outside. Often these symptoms were classified as “paraplegia” which, as we now know, actually described many different neurological diseases. It is then not surprising that the first discoveries of the illness were made as the practice of autopsy became more common and accepted.

For many decades two researchers were hailed as the first ones to depict MS’s typical lesions to the brain and spinal cord. Before the 1980s, Jean Cruveilhier was usually credited with the discovery in 1835.[3] A famous anatomist and pathologist, Cruveilhier studied in Limoges, France, to become a priest, but diverted his interest to pathology when he met Guillaume Dupuytren, a friend of his father and surgeon to Napoleon Bonaparte. In 1826 he became professor of anatomy in Paris, and subsequently President of the French Medical Academy, as well as the Anatomical Society.[4] 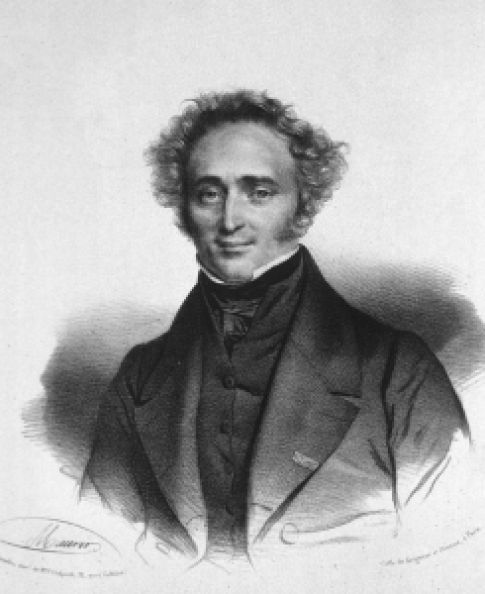 Cruveilhier is mostly known for his work on the nervous system, but also the vascular system; he famously gave his name to the Cruveilhier–Baumgarten disease, a disease which affects the umbilical veins and the liver.

From 1829 to 1842, Cruveilhier wrote his observations, including a “peculiar diseased state” of the spinal cord and brain which were later interpreted as signs of Multiple Sclerosis. The problem is that these observations were only published after 1841; the presence of an earlier volume in 1835 confused certain researchers.

Today Robert Carswell is credited with the first depiction of MS in his pathological atlas of 1838.[5]

Carswell studied medicine in Glasgow, and was commissioned by Dr. John Thompson to do a collection of drawings on morbid anatomy. The two thousand watercolor specimens included an example of lesions and atrophy to the nervous system, which is now considered the first depiction of Multiple Sclerosis.

Unfortunately for Carswell, Cruveilhier’s volumes became better known among the medical crowd, especially to a man who would be credited with the discovery of MS itself: Jean Martin Charcot.[6] Charcot was a French neurologist, and professor of pathology, and is commonly known as the father of modern neurology. His work on neurosis earned him the nickname “the Napoleon of neuroses.” 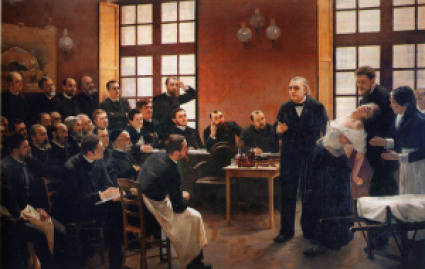 Charcot demonstrating the use of hypnosis during one of his classes. Source: Université Paris V

Charcot was quite an artist, and a very talented teacher.His anatomical depictions were widely praised, and his public lectures well attended. It is during one of those lectures, in 1868, where he first presented his discovery of Multiple Sclerosis, or as he would call it la sclérose en plaques. His notoriety helped to spread the knowledge of this disease far and wide, so much that in 1871 the American Surgeon General would include it in his Treatise on Diseases of the Nervous System, and in 1880 Sir William Osler diagnosed three cases after reading Charcot’s work.[7] It is important to note that even though the disease had been identified, its cause was far from being understood, and treatment was at the time quite ineffective.

From arsenic to electrotherapy

Before the discovery of MS, there were certain treatments for problems of the nervous system: hydrotherapy, thorn-apple, oil of amber, arsenic, diet, exercise and electrotherapy.[8] By the end of the 19th century, studies on current treatments showed no measurable success. These treatments included: meat diet, bloodletting, cooling with sponges, electric stimulation, iron preparations, strychnine, quinine, belladonna, arsenic and silver nitrate.[9]
The relative pessimism regarding MS treatment went on until the 1960s, when it was revealed that anti-inflammatory medicine, such as corticosteroids, as well as immunosuppressant medicine had a good effect on controlling acute attacks. This helped to reinforce the idea that MS was an immune-mediated disease, causing inflammatory attacks.[10]

People suffered from multiple sclerosis before it was scientifically recognized.  As it was mentioned before, the lack of external signs, and the general lack of knowledge about its nature, makes retro diagnosis rather complicated when examining historical cases. Nevertheless there are certain historical figures who present clear evidence of MS.

The earliest example of the disease can be found in 14th century Holland, in the case of Saint Lidwina of Schiedam.[11] Lidwina first came to suffer from her strange disease at the age of 16, after breaking a rib while skating. The incident caused not only an abscess to the bone, but also difficulty in walking and severe headaches. Several physicians were consulted, including the court physician of the Duke Albrecht of Holland, who said that there was no cure to her illness, and that “the Lord’s hand had touched this woman.”

A depiction of Saint Lidwina’s skating accident, which triggered her MS. Lidwina is known not only as the patron saint of disease and suffering, but also of ice skaters. Source: John Brugman, Vita of Lidwina, 1498..

As her symptoms worsened, including blindness, numbness, as well as sporadic wounds and pains, Lidwina was convinced by a priest that God had chosen her to suffer for the sake of humanity. She finally passed away on the 14th of April 1433.The second well-documented case is that of Augustus D’Este, an illegitimate grandson of George III, who kept a detailed diary for 26 years of a mysterious illness from which he suffered. It all began at the age of 28 with an episode of visual impairment, followed by weakness in his legs as well as motor symptoms. His contemporaries diagnosed the illness as “paraplegia.”[12]

Finally there might be another historical case of multiple sclerosis, this time closer to us, in the person of Isabella Clark Macdonald, the first wife of Sir John A. Macdonald. 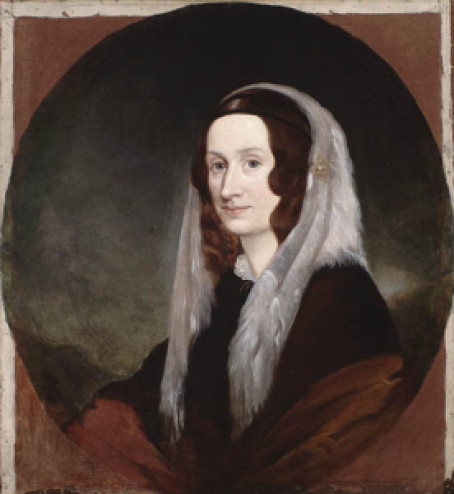 Isabella was born in Scotland in 1811 and married Macdonald in 1843. Two years into their marriage, Isabella began to suffer from a mysterious and severe ailment, which her husband would call a “stubborn illness.” We do not know how it all began, as we only learn of it through Macdonald’s correspondence. What we do know is that it caused severe pains and headaches, coughing, fatigue, a difficulty to enunciate words, numbness in the limbs and arrhythmia of the heart.[13]

In 1848, a year after the birth of their first child, Isabella began suffering from bouts of severe chest pain which even caused her to cough blood. This caused many scholars to believe that Isabella suffered from Tuberculosis, but according to their family physicians at the time – who were quite familiar with the disease- she did not exhibit the regular symptoms. To relieve her suffering, Isabella was given laudanum, a tincture of opium, to which she – like many other people at the time –became addicted. While Tuberculosis would explain the cough, it would not explain the rest of the symptoms. A new theory suggests that Isabella might have suffered from MS.

More research into the personal files of the Macdonalds will be needed before we can authoritatively say that Isabella suffered from MS. What is certain is that while we are still far from finding a cure, our understanding of the disease has progressed since it was first observed in 1835. In the meantime you can learn more about the health of Isabella’s family by visiting the upcoming exhibit at the Museum of Health Care titled A Stubborn Illness: The health of the Macdonald family opening July 1st.

Jock Murray, T. “The History of Multiple Sclerosis: The Changing Frame of the Disease over the Centuries.” Journal of the Neurological Sciences 277, no. S1 (2009): S3-S8.