The family of a young woman who died earlier this year say the medical team that cared for her neglected her. They say she would have received better treatment had staff known more about Complex Regional Pain Syndrome - the most painful condition on earth. Brad Flahive reports.

Hayley Wyatt’s last words in this world were “mum, mum”. She was sitting on the sofa, and calling out for help.

Then there was a pause. She said “mum” one last time. It sounded urgent.

But there was nothing Charlotte Wyatt could do to help her.

She watched helplessly as her daughter died from complications from an illness experts say is the world’s most painful condition. She called an ambulance – it took 10 minutes to arrive. It “felt like hours”.

When they did finally arrive, the paramedics rushed the family outside while they tried to jolt Hayley back to life with defibrillator paddles.

“When they came out and told us she was dead we just dropped to the ground. I’ve had a gaping hole inside me ever since.”

Hayley spent the final four years of her life fighting Complex Regional Pain Syndrome (CRPS) – a chronic disorder of the nervous system that can be more painful than childbirth. 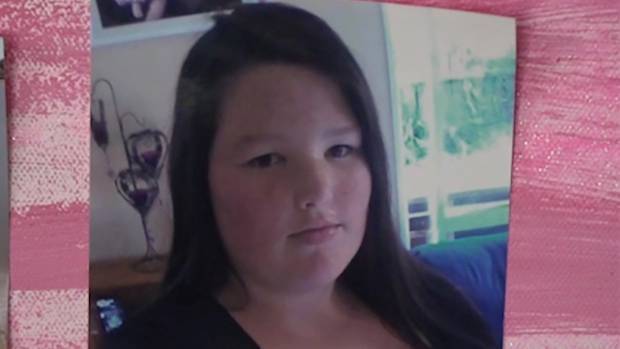 Hayley Wyatt died at just 21, her family believe it could have been avoided.

The McGill Pain Index lists it as more agonising than the amputation of a finger or toe without painkillers.

CRPS is an invasive neurological disease that causes the nervous system to become irregular and send signals to a limb that it’s in acute pain when it’s not.

If the condition is not detected early it can often be incurable and the severe pain causes such frustration, anxiety and depression. It has also been labelled the “suicide disease” by those suffering from it.

Hayley lived with this condition until her death in January this year. She was 21.

Her misery began after what seemed like an innocuous accident in 2014: slipping on a puddle of water and injuring her arm.

Wyatt says Hayley’s initial treatment made the condition worse, and it left her arm looking bruised and beaten.

“We were given the runaround, and it was a year before she was diagnosed with CRPS.”

It would be the beginning of a frustrating relationship with health professionals and ACC.

“She was so scared to go the hospital because she knew how she was going to be treated. At times she was treated worse than a sick animal.”

Charlotte Wyatt has laid complaints with the Bay of Plenty district health board and ACC.

The Wyatt family has lodged a complaint against the Bay of Plenty District Health Board alleging 35 instances of neglect by Hayley’s medical team.

The official complaint includes allegations Hayley was refused entry to a pathology lab because her leg was “leaking too much”, and that one nurse told her that her “leg stinks”.

In response the Bay of Plenty DHB said: “We have been working with Hayley’s family since shortly after her passing to understand and address their concerns over the care she received and we continue to do so.”

During the last four months of her life, the pain was at its worst. But Hayley was not given a pain review, despite the Wyatts “begging” Hayley’s medical team for one.”

The Bay of Plenty DHB has since admitted to the family it was an error that Hayley did not undergo a pain review.

“And now they’re saying, ‘oh, sorry, she fell through the gaps’. It’s just not good enough, she shouldn’t have died.”

An injury to Wyatt’s wrist brought on CRPS when she was 17. Over the next four years it spread to her leg.

Hayley needed a constant supply of dressings to cope with the three-litres of fluid draining out of her leg every day. Deliveries of the wrong dressings meant she waited months for the right care – the correct dressings arrived only a few days before she died.

“We had to chase doctors for prescriptions, then chase ACC to sign it. Her care and medication was constantly delayed and it could have been a different outcome for Hayley if they had helped her sooner,” her mother says.

“We pleaded for more care before Christmas, but we were told it was the holidays and they couldn’t do it.”

ACC paid $10,000 for Hayley’s funeral, and wrote a $25,000 cheque to the family compensating for the 24-hour care they provided in her final months.

Hayley with her mother Charlotte.

ACC had been funding home help and personal care for Hayley, but the family insisted they needed additional support.

“We had a new assessment done which recommended the amount of help was increased. Unfortunately Hayley passed away shortly after. We agreed to backdate the additional hours to November last year, and paid the money to the family,” an ACC spokesman said.

In response to the complaints of her care, ACC said: “A number of services were in place including attendant care, equipment, housing modifications, and nursing, as well as extensive input from the DHB. Unfortunately Hayley was often resistant to having nurses and any health professional visit her at home, and when she did see them, she often did not follow their recommendations for care.

“That impacted on our ability to ensure Hayley received the required level of care for her leg wounds when she was at home. There were also issues in ensuring she had a regular supply of the large volume of wound dressings she required, as these needed to be ordered by a registered nurse. Prescriptions are overseen by medical professionals.”

But Wyatt says Hayley was resistant because the nurse, contracted by ACC from HealthVision, had no knowledge of CRPS

“She didn’t know about the pain Hayley was in. She would always knock her leg, wipe it too hard, and put the wrong treatment on it.”

“One time she tried to shoo a fly near her undressed leg and hit it with a pamphlet in the process. It’s no wonder she wanted different care because that was agony for Hayley.”

HealthVision, told the Wyatt family in an apology letter that because “CRPS is so poorly understood by healthcare professionals”, her death would be used “to educate and heighten awareness in the wider team of community nurse specialists”.

“She shouldn’t have died,” says Wyatt. “I don’t want anyone else to go through what we went through.”

She feels they could have given Hayley better treatment if they knew more about the condition. “Nobody knows anything about CRPS.”

Before she contracted CRPS, Hayley was an outgoing person who loved to explore and spend time with her family.

“She had such a good heart, but she would also love to get into mischief,” Wyatt says. “I recently found out she wagged school a couple of times so she could hang out with her older sisters.

“It’s lucky she did that because after CRPS, it was like a prison, she was in that much pain.”

Despite living with excruciating pain Hayley was studying early childhood learning, and she would spend a lot time researching the disease – making YouTube videos for a national awareness group.

“She was determined to beat it,” her mother says.

Wyatt hopes her complaints result in better treatment for Kiwis living with CRPS.

“I think the DHB is going to do a study on CRPS, but it shouldn’t take someone to die before they do that.”

“This is the hardest thing I’ve done in my life, but I know Hayley would want her story told.

“We wish the professionals would own up to their mistakes because I don’t want anyone else to go through what she went through.”

WHERE TO GET HELP

* For more information about support and services available to you, contact the Mental Health Foundation’s free Resource and Information Service on 09 623 4812 during office hours or email [email protected]

Types of Complex Regional Pain Syndrome and Its Symptoms

Think You Might Have CRPS/RSD? Watch for these 5 Potential Symptoms

My Story: I Can Finally Explain How CRPS Feels