Today the MS doctor called to schedule another MRI for Aristotle (my child who was diagnosed with multiple sclerosis 8 months ago.) These tests horrify me. What if Ari’s MRI looks like confetti blew up inside their skull? What if the doctor tells us that Ari will be losing some of their ability permanently or that their MS (which we haven’t categorized yet as to which type it is) turns out to be progressive?

This upcoming MRI is the result of an email I sent to the doctor’s office last week asking that Ari be given corticosteroid injections. I emailed the doctor after stumbling onto this study that showed that patients who presented with optic neuritis that were treated with a combination of injection steroids and oral steroids for two weeks actually developed MS less than 50% of the time compared to those in a placebo group.

I realize that this information may not help you if you or someone you love has MS at a more advanced stage, but my child is only 16 and the optic neuritis flare up was the first sign we had that Ari had MS. Ari is literally the exact subject that this study was done on.

But DOES Ari actually have MS?

The answer is yes and no. 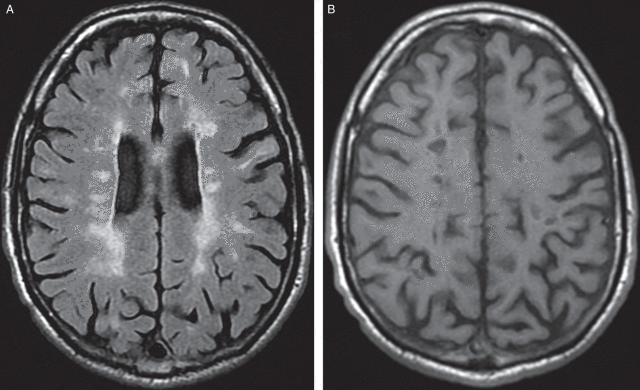 Ari has white lesions on their brain and spine caused by demyelination in the typical pattern we see in MS patients. Ari also has tingling in the legs and leg cramping as well as optic neuritis which causes their vision to be blurry and also causes them to see duplicates of everything. Ari also suffers from daily migraines.

What Ari DOES NOT HAVE is a spinal tap confirming the existence of MS proteins in their spine. This ignorance is by design. Ari is incredibly scared of the spinal tap. The internet is full of stories of needle sticks gone wrong and to be honest, I would also be afraid if I had to have this procedure done. There has been no pressure from the doctors to get the spinal tap, because they all believe with great confidence that Ari has MS. To be fair to the doctors, all the signs are there.

I believe that Ari has MS.

I also believe that Ari DOES NOT have MS.

I’ll do my best to explain. 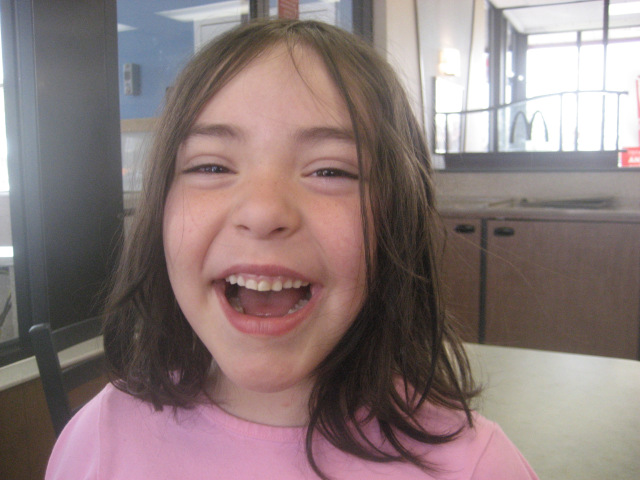 In order to explain the contradictory statement that I just made, it is important to understand that no one actually understands what multiple sclerosis is. While it is true that the existence of inflammatory proteins combined with an abnormal MRI and symptoms such as optic neuritis lead doctors to conclusively diagnose MS and that people who receive this diagnosis will, in most cases, go on to experience difficulties related to demyelination, there is something in the blind spot of this viewpoint that offers hope for many.

What I am trying to say is that there are undoubtedly large numbers of people who would test positive for MS, via lumbar puncture, that will never become symptomatic or will develop such minor symptoms that they will never consult a doctor. These people technically have MS, according to the diagnostic model, but it’s not the same degree of MS that robs so many people of their abilities and freedoms.

The 1993 study shows that people can have MS symptoms and even an MS diagnosis, yet never develop MS in any significant way. This is EXACTLY what we are hoping will happen with Ari and we will duplicate the steroid dosage administered in the study in order to achieve the same results.

According to the study results, the odds are actually in our favor. 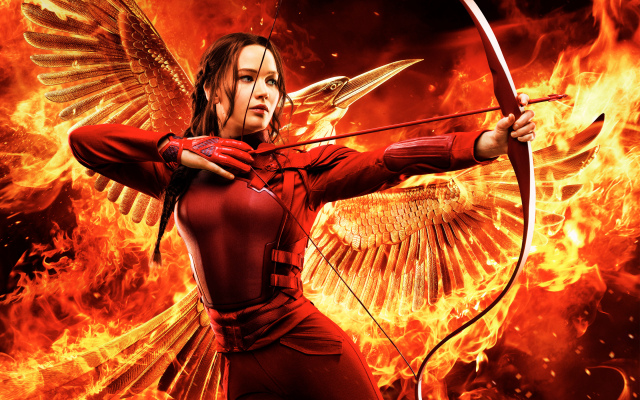 Can I brag about my kid for a minute?

Aristotle is currently performing in a church production of Jesus Christ Superstar. We actually attended the show yesterday and it was outstanding. My child, who pronounced themselves an atheist at the tender age of 5, has been at this amazing church every single day working with these incredible Christians and despite having blurred and double vision, which led them to fall and injure both their legs, and despite chronic migraines, Ari has not missed a single practice. Having MS and being a transgender high-school student in a Conservative state is hard enough, but Ari comes home every day and changes clothes to go to rehearsal, only to arrive home in time for bed and start the process all over again.

I also want to brag about the church that is hosting this production. On the door there is a rainbow flag that says “Everyone welcome.” and the bathrooms say “All Genders” on the doors. In the production, Jesus is played by a gay black man and during the scene where Jesus is whipped, with each lash a picture of an unarmed black person, who was murdered by a police officer, is displayed on a screen to coincide with each lash.

Never once has any member of the church attempted to force their views onto Ari. Ari was fully loved and accepted by every member of the congregation. When I was Ari’s age I suffered cult-like abuse and brainwashing from a “Christian” church that nearly destroyed my life. Although, I am still agnostic and Ari still atheist, we were both incredibly impressed at the wonderful outreach work being done by this amazing church and everyone in our family is incredibly happy that Ari is allowed to be part of something so beautiful.

During this same time period Ari’s diet has changed dramatically as Carrie and I put Ari on the highest level of The Wahls Protocol, which means that they literally had to give up ALL of their favorite foods, while at the same time they had to start eating many foods that they were pretty grossed out by. In addition, Ari has also started going to the gym with me as part of their MS treatment. Ari works out with double vision and migraines, often feeling nauseous. Ari almost never complains about these challenges. Ari rarely tells anyone about their condition. They just keep working hard. We are all inspired by Aristotle’s courage. 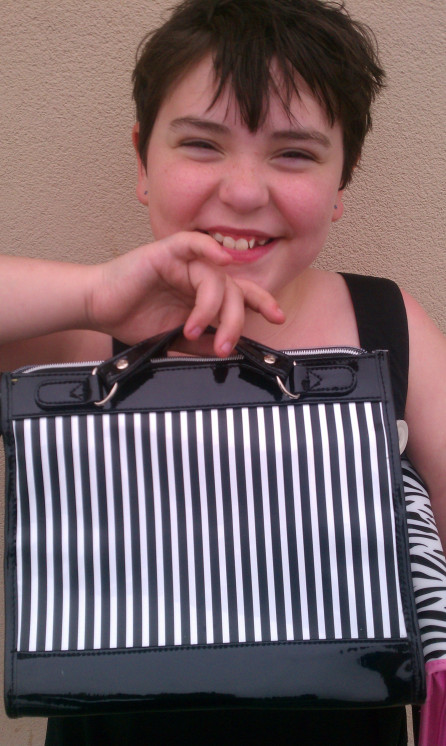 I am incredibly grateful that our doctor is willing to work with us. After the MRI results come back, I am hoping that he will schedule us for the corticosteroids. This will mean that Ari has to stay in the hospital for a minimum of three days. Also everyone who lives in our house will have to get vaccinations, as the steroids will suppress Ari’s immune system, making them more likely to contract diseases that are usually benign.

I will move into the hospital with them and we will make it fun. It will give us lots of time to read. Ari can’t eat the hospital food so Carrie will prepare fresh food and bring it to the hospital. It will be a fun and challenging experience.

But there is hope…

“Technically I have MS, but we caught it early enough and arrested its development completely, so I now have what I like to call MS-lite.”

I stumbled across this study simply because I never stop searching. I read every single study that is done on MS and other autoimmune diseases, knowing all too well that doctors are swamped and do not have time to read everything that is published. I am often surprised at how MS patients trust their doctors to steer them on the right path. Your doctor may be the best in their field and nearly all doctors truly want to heal their patients, but YOUR healing is YOUR responsibility. It is completely unreasonable to expect that a single person can know everything there is to know about this awful disease. I encourage everyone to do everything in their power to assist their doctors in managing their treatment. Read every book. Read every article and use critical thinking. To beat this disease, you will need a team. Thank you so much for subscribing to our blog and allowing our family to be part of your winning team! 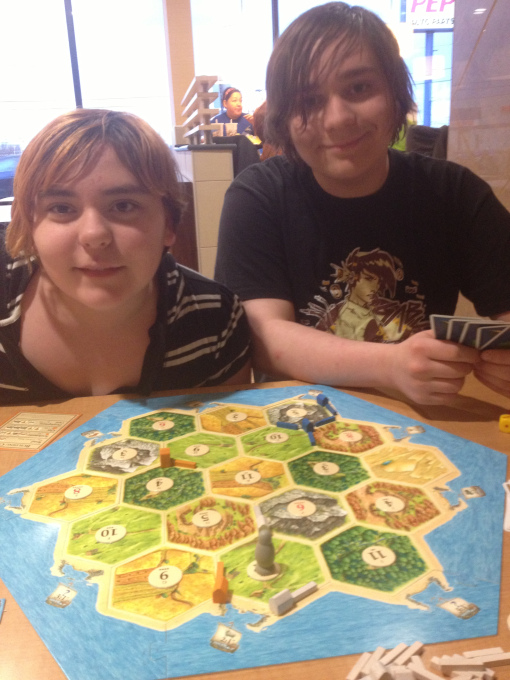 Ari and their brother, Dravin, playing Settlers of Catan with me.

In addition to our efforts to freeze this disease, we are also watching closely the research that is being done on remyelination drugs as well as the progress being made with HSCT, a potential cure for multiple sclerosis. As of this time the mortality rate for the procedure hovers around 2%, which is simply way too high for us to roll the dice with our child’s life. But they are studying this treatment at prominent clinics around the world and we believe that the mortality rate will drop significantly in the coming years.

So take care of yourselves MS warriors!!

Take your supplements and get out in the sunshine!!

We’re going to beat this thing!! 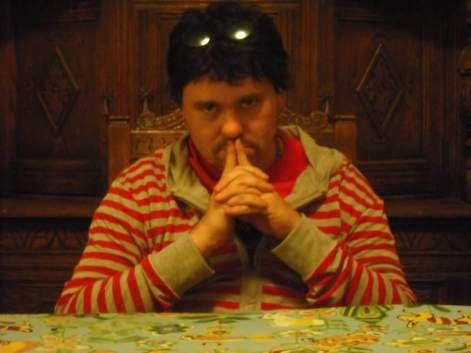 Michael E Sparks is Aristotle’s father and uber-nerd. Michael has recently directed all of his focus towards defeating his child’s multiple sclerosis and will not rest until his child is healed. If you believe in this cause please consider donating $1 by clicking HERE. All donations go towards Ari’s food and medical bills.

Fibromyalgia and Bruising: Effects of an Invisible Disease

With Fibromyalgia, I Can’t Plan Ahead… but I Can’t Be Spontaneous, Either

Fibromyalgia and Bruising: Effects of an Invisible Disease

With Fibromyalgia, I Can’t Plan Ahead… but I Can’t Be Spontaneous,...